I have been feeling down lately because of my tailbone injury. I never imagined how much life could be different and how we take things for granted such as being able to comfortably sit down. Having to lay on my stomach all the time has gotten frustrating but its part of trying to heal. After 6 weeks i have gotten tired of it and really frustrated. I have been aware of some good things happening to me as if to say ‘don’t give up.’

Tues May 21 I had a frustrating day and didn’t feel well. I went home early to work at home and lay down even though it’s more difficult for me to work this way. I stopped at Starbucks near my house for my new favorite frappuchino as a pick-me-up. The caramel ribbon crunch (no whip) is just a little piece of heaven and is so yummy! There is a girl who works there who had been working on her thesis a few weeks before that. She’s outgoing and funny and maybe a little quirky but she makes me laugh. She was telling me about an experience that another employee there had had recently and i made some funny suggestions about what that girl could have done in response to what had happened to her. Then the thesis girl rings up my drink and i jokingly suggested it was free that day and she made it so with a few clicks on her keyboard and saying ‘let me see what i can do.’ She made my day with that small gesture and i didn’t waste any time thanking her and telling her so.

Wed May 22 I recently had a flight booked to go visit family. The flight wasn’t perfectly timed and it wasn’t completely ideal but I kept it as it was. My mom decided to call the airline as if she was me and she made a change that made that flight and that day work so much better. I was so impressed she did that and i found it so funny she was so cute about the whole thing and i was really grateful she made such a great change for a small fee and now both of our days would be much better. She totally made my day and she made me laugh!!

Sat May 25 I was visiting family and a close friend recently and i decided to go to one of my favorite childhood parks to have some peace and quiet and reflect a bit. I walked dowm some nice paths, sat on the beach for a bit, listened to the waves and just relaxed. I had seen a woman walking at one point with 4 dogs, i didn’t think much of it. I decided after relaxing for a while that i would go back to my car and start reading a book i wanted to read. On my way, I saw the woman with the 4 dogs relaxing on a bench. 2 of the dogs were chihuahua’s and reminded me of my own dogs who i missed so i asked if i could say hi to them. They were lovely and friendly and it made me feel better. She and i got chatting and ended up spending an hour or two talking, walking, sitting on the beach and walking some more. We talked about life and being positive and honestly this felt like the most relaxing and healing experience that had happened to me in a while. It was amazing and we were totally both on the same wavelengths and we had both thought we were meant to meet that day. She was there later than usual and i had a feeling like i just had to go there when i did so it was meant to be. We even hugged goodbye, it was lovely. Later this day after seeing my grandfather and having dinner with family i went for a walk with my cousin who is like my sister. (I am an only child). We went to another of my favorite parks which has changed so much because the ocean is eroding the banks and has taken away so much of the park. It’s still quite beautiful and it was lovely to go there. It was nice to be with my cousin as we had some deep talks and I feel like I had the chance to get to know her a lot better. I’m grateful we got that time together. We also went to chapters together and another park. Sun May 26 I changed my flight home which worked out well after a lot of grief from the airline and no help. I managed to get what i wanted only by going to the airport. A friend of mine was kind enough to pick me up and wouldn’t accept anything as a thank you, she only did it as a good deed. I got home to my dogs who were just as excited to see me as i was to see them. I went to sleep early and let my pups sleep on the bed with me because i had missed them so much. My little guy laid there and snored which he doesn’t do often. Instead of being annoyed, i loved the sound because i was home with them. It was a good night. 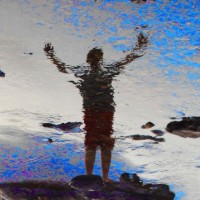 Habits, purpose and a little bit of zen.

This site is mainly about pictures, from the middle of Norway. Click a picture to read posts.